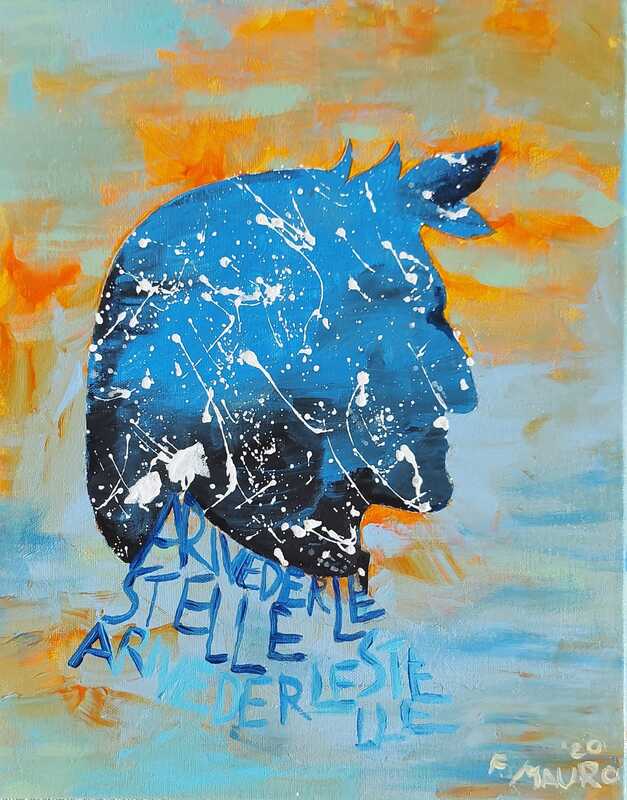 Visits to the exhibition by appointment only. Contact us by mail.
The exhibition with the participation of a collective of artists from Italy, the United Kingdom, China and the United States of America will take place in London at the Dante Society London premises, during the month of September 2021. The artists accepted the invitation to explore and interpret Dante's writing and its relevance in the 21st century, each with their own unique artistic brilliance. The original interpretations represent an exceptional panorama that celebrates Dante's anniversary in a special manner and offers a contemporary perspective in the various artistic and multimedia representations.

The winner of the exclusive interview granted by London One Radio, the first Italian radio in the United Kingdom is: Kat Mustatea
Awarded for Voidopolis - a digital performance about loss and memory currently unfolding on her Instagram feed @kmustatea
​
A series of events, in collaboration with Dolce Vita London, will complement the exhibition over the month of September ... read more

14th September
Mark Vernon on Dante’s Divine Comedy
Please join Mark Vernon on the 700th anniversary of Dante’s death for an online event to mark the launch of Mark's new book: Dante’s Divine Comedy: A Guide For The Spiritual Journey (Angelico Press).
(Events relating to Dante 700th London comply with government directives on the Covid19 pandemic and are subject to relevant local and national changes or restrictions)

29th September
Hell Unearthed "Dante's Inferno"
​The Dante Society London welcomes you to this live stream marking the launch of a new adaptation of Dante’s Inferno, Hell Unearthed and the 700th anniversary of Dante’s death which is aimed at making Dante's iconic work accessible to a much wider audience of readers who may have never come across Dante before.