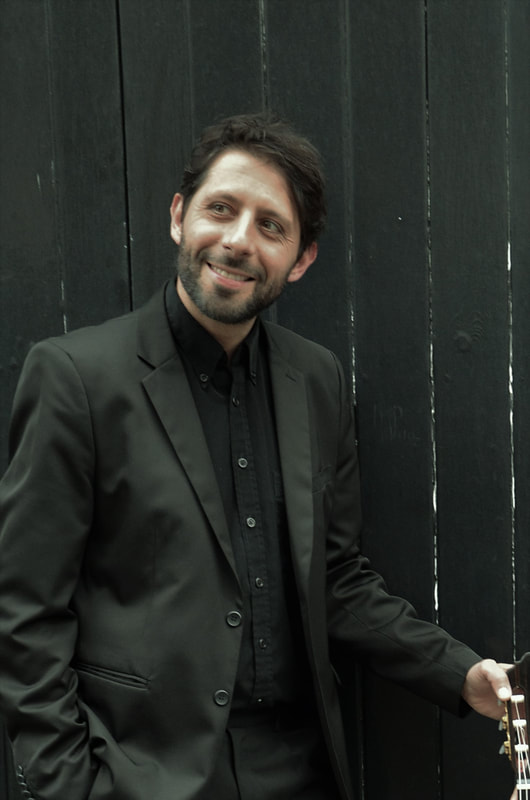 I was born in Syracuse, Italy, where I spent the first 25 years of my life.

Besides my studies, I regularly participated in master classes with David Russell.

I attended post-graduate studies at the "Franz Liszt Academy of Music in Weimar" with Prof. Thomas Müller-Pering.
I recorded my first CD "Viaggio Latino" containing my own compositions which were also published by the publishing house Trekel Hamburg. Two years later, I then registered a second CD dedicated to J. S. Bach and D. Scarlatti called "Anno 1685".
​
Parallel to my activity as a musician I taught Italian as L2 at the University of Weimar and Erfurt and at the  "Europaische Sommerakademie" at the Bauhaus-University.

In 2012 I moved to Toulouse with my family and opened a music venue called “L’Ouverture” dedicated to music performances, Dante's Poetry and gastronomy. After seven years of successful business activities, I moved to London in 2019.
Here I opened the Dante Society London whose purpose is the promotion of Italian culture mainly through courses, workshops and cultural initiatives.
Since October 2019 I've been working as music performance tutor at the University of West London.
In December 2020 I participated as a performer and composer in the theatrical project "Vivere all'Italiana sul palcoscenico" co producing the play "White Sound" together with the theatre company "Il teatro nel baule" from Neaples.
In October 2021 I am launching a series of trips to Italy "Discovering Dante's Places"
In January 2022 I launched The Strings , a musical restaurant dedicated to the classical guitar.
Contact us
or follow us on Facebook, Linkedin, Instagram or Youtube
E-mail: info@dantesocietylondon.com
Phone: 0044-7-742207947
22, Bryanston Mews West London W1H 2DD​
Terms and Conditions
Privacy Policy
​Registration: Company Number 12548767